Stay True To Yourself

Barrel racing is my passion.  Besides my family, I live and breathe it.  I watch barrel racing videos, read articles, talk to people and basically try to learn everything that I can.  At a barrel race you will see me watching people work their horses, trying to pick up any tidbit that I can. I'm not afraid to ask people for advice and as far as I'm concerned, I can never learn enough. Every day is an opportunity to learn.

I've never participated to a barrel racing "clinic" although I have years of private instruction from my great friend and mentor Mary Ketchum.  The foundation she gave me is incredible.  However, in my quest to learn more, I decided to go to my first barrel racing clinic.  At the time, I was in a very low spot in my confidence and having trouble.  I was willing to change everything because what I was doing just wasn't working (in my low self esteem mind).

I learned a different style and changed how I worked my horse.  This style is proven through and through with champion after champion winning from it. However, it wasn't me.  The rest of that summer I tried and tried.  I worked and worked.  In my desperation, I flung almost everything I knew out the window and adopted this new style.  Now, I'm not going to say it screwed up my horses or me, but it just wasn't me and it wasn't working for me.

I see fads all the time in barrel racing.  People will flock to those that are winning and just like me, forget their foundation in a sheep - follow the flock - type of mentality.  There is much to be learned from everyone from those winning to those that are not. I decided to go back to my roots and incorporate tidbits that I'd learned from the clinic that I felt would be useful to my style.  The reality of things hit me like a slap in the face. I realized that I needed to stay true to myself.  After all, my foundation was what got me to where I was - I was just needing help to build to the next level.

My training is made up of my foundation from Mary Ketchum and has been tweaked and tuned and turned into my own through trial and error and learning from other people and horses. What I've realized most is this; Be the best version of yourself and never quit working or most of all learning. Find what works best for you and throw out what doesn't.  Don't be afraid to pick up bits and pieces from someone else to help fill in the cracks or to build you to the next level, but never lose track of your foundation. I'm excited to go to another clinic, work with another person, work with Mary but I'll always keep in mind this - Stay true to yourself and don't become a victim of a "fad". 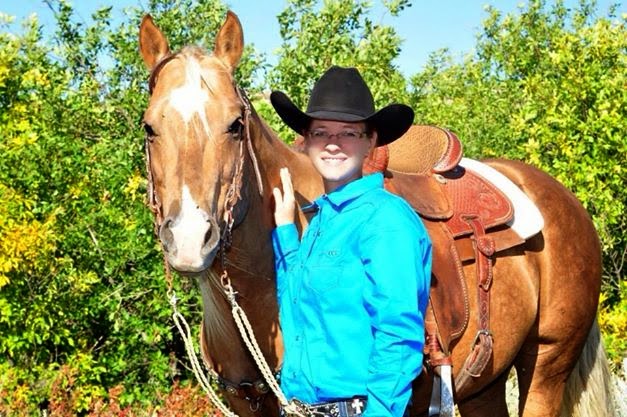 Disclaimer: I am by no means saying or meaning anything negative about any clinician, especially the clinician that I went to.  They are a wealth of knowledge and their clinic is a great opportunity to take their knowledge and apply it to our own.

Barrel Racing as we all know is a very competitive sport. The magnitude of how far barrel racing reaches world wide is simply amazing.  One of the reasons why I was drawn to barrel racing was the fact that it was not a judged event. The only thing that I had to prove was going to be reflected on what the timer said.  Barrel racing should not be political or judged, however I've found over the years that behind the scenes that it is more and more.  With making a business in our horses with raising, training and selling barrel horses and prospects, it is hard not to worry about what another person think's about our program. After all, if no one likes or believes in our product then we are out of business.

As our young program is growing and reaching new stages, the importance of our performance is directly correlated in the future of our program.  Our first foals are reaching performance age and we will be hitting the arena.  Although I believe with all my heart in these colts, it's hard not to feel that outside pressure of what other people will think of them as well.  Remember, this is our business.

I was really beginning to feel that pressure as I was sitting on the sidelines waiting until I could get back on my colts. I watched all my friends and fellow competitors making their strides with their colts and thought there was no way that I could catch up.  As I worried about where I'd end up with my own colts I came across this quote.

I've always believed in this idea, but it's hard not to get caught up in the politics and have the "What did she think?", "How did he do?", "What time did they run?" etc, etc going on in the back of your mind.

Since getting back on my colts, I've focused mostly on myself and trying very hard to make up for lost time.  It's been great just seeing the difference in my colts after getting to ride them consistently as well as the change in myself.  I have tried hard not to put my thoughts on others and what they are doing.  They may be my competition on the weekend, but day in and day out, my biggest competitor is me! Myself of today is competing against myself of yesterday.

If I can make improvements each and every day, I won't have to worry about the competitors of the weekend.  That doesn't mean that I will win the barrel race, but it does mean that I will beat my main competition (myself) and in that, is a win win situation.  If you continually better yourself, then the results will be reflected in the results of the barrel race.  As one of my favorite sayings goes, "The proof will be in the pudding." 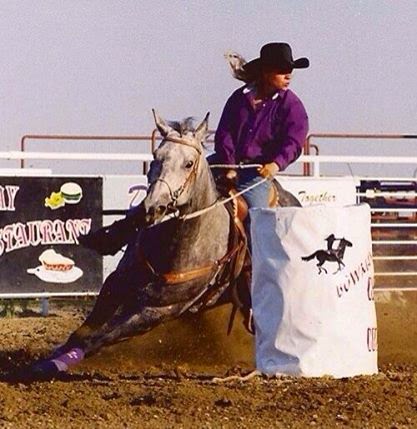